Starting in Newark, CA to the destination in Seattle, WA and then returning to Newark, CA. During several legs of the journey, various MTRWestern passenger groups experienced a unique trip aboard the 100% battery-electric Van Hool CX45E, traveling to destinations throughout northern California and the Pacific Northwest. Given the extended distance of this demonstration, existing publicly available charging stations were used along the route.

The motorcoach averaged 280 miles of total projected range between charges over the course of the trip, with some legs projecting well in excess of 300 miles.

These ranges while in commercial operation, are continuing to raise the bar for EV commercial passenger vehicles, and reflect what is available now through ABC Companies.  This demonstration was also designed to test the viability of charging stations along a typical route.  The data and learning focused on equipment performance and commercial grid access. Charging stations were available at regular intervals with plenty of range to spare, although several locations were not designed to readily accommodate larger passenger vehicles. While the chargers were fully capable of recharging the Van Hool CX45E, it is clear the physical layouts of many stations were not prepared for the pace at which ABC is deploying these unique vehicles into the market.  Charging times were shorter than projected, averaging 2.5 to 3 hours, as the vehicle never used more than 65% of the available battery on each leg of the trip, due to the energy density of the standard Proterra Powered battery packs.

With this leap forward in EV passenger range Roman Cornell, ABC President/Chief Commercial Officer was asked if there were any plans to formally set or announce EV distance records, “Between the almost 1700 miles of total round-trip distance covered, and with some legs of the trip projecting over 300 miles between charges, we were asked multiple times if we should apply for a “world record”. The reality is, we continue to beat our own records as we transport the CX45E and the upcoming Van Hool TDX25E double deckacross country utilizing the existing publicly available grid.

Our customers who have the CX45E in their fleets also continue to see increases in range as their drivers improve their ability to manage energy usage.

We utilize real time telematics measuring everything from energy consumption, charge rates, vehicle performance and more, so we are able to work with our customers and continually improve energy consumption and therefore range. Our continued success with the Proterra Powered electric drivetrain just keeps pushing the current boundaries for zero emissions motorcoach travel, making claims or records, somewhat irrelevant. These coaches perform as stated, period.”

Traveling at an average speed of 54 mph, through challenging terrain including elevations of 5,600+ feet through the picturesque Cascade-Siskiyou National Forest and with an average temperature of 55 degrees, ABC telematics continually capture real time data to measure operator and equipment performance during operation.  Key performance indicators including total kWh consumption, charge rates, kWh regeneration and more, are analyzed against initial projections and benchmarked with thousands of miles of data from other CX45Es already in operation. 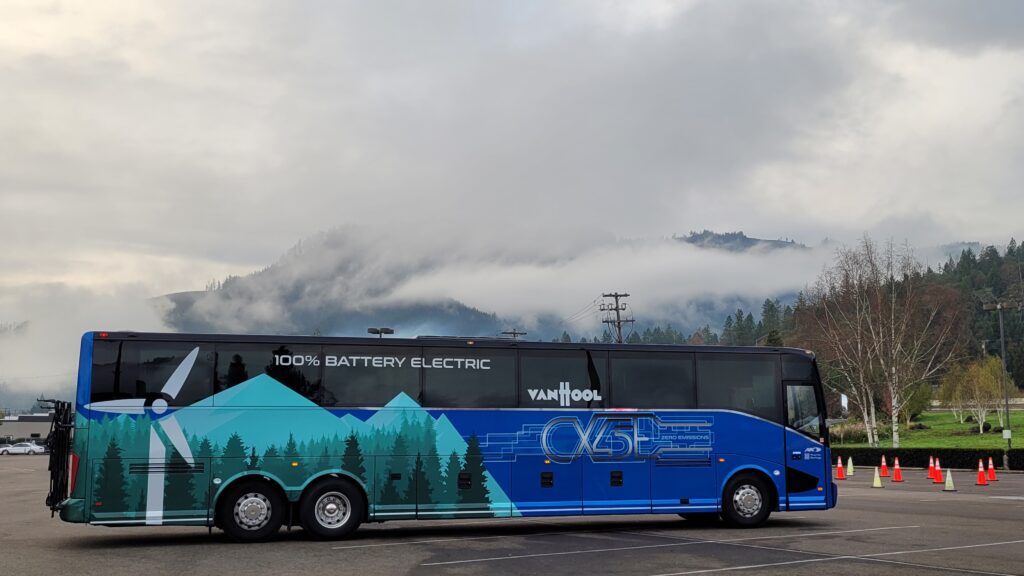